This week I was asked to forge some crucifixion nails for an Easter Sunday church program.  It seemed an appropriate job for passion week.  I did a little bit of research and to the best of my knowledge found what most scholars think was the size and shape.  It turned out to be an emotional experience to forge crucifixion nails.  At the forge my thoughts began to wander. Once, this was someone’s job.  Who was the blacksmith that forged our Lord’s nails?  Was he paid?  More likely he was a slave.  I hope he was a slave; it is difficult to imagine someone taking money for the job.

As a craftsman the primary concern of any job is: will it do the job it was intended for?  Would these nails take the weight that they were supposed hold?  I guessed that they would, but I had to know so I tested them and they easily held.  I don’t like to focus too much on the physical pain that Christ suffered because it was so much more than that, but suddenly the cross became a very disturbing image to me.

Still, who forged the nails?

Then I thought, I guess I had a hand in it…

“But he was wounded for our transgressions, he was bruised for our iniquities: the chastisement of our peace was upon him; and with his stripes we are healed.” Isaiah 53:5 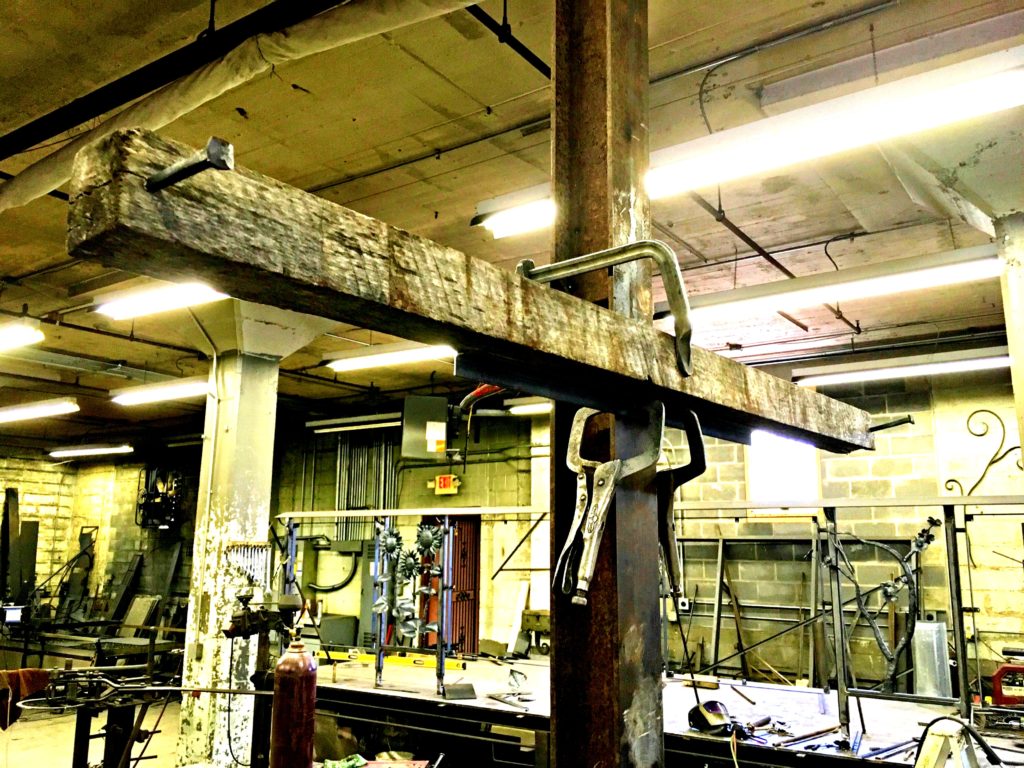